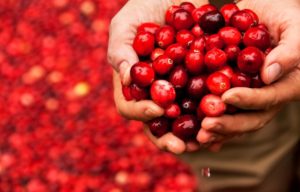 Japan is literally eating cranberries up. Last year, it consumed 160,000 barrels, a number that is expected to double or triple this year. The Japanese, who several years ago began, eating blueberries and drinking blueberry wine in record numbers, are turning to the tart berry for its health benefits and taste.

U.S. agricultural officials in Tokyo are finding a receptive audience for their message that people should eat more cranberries and drink more cranberry juice and wine. The advertisements say cranberries help your kidneys and … contain antioxidants. Cranberries are a hot product right now. Japan is seen as an untapped international market for cranberries products including wine.

Japan is still a relatively small international market, compared to the United Kingdom, Germany and other European countries, but Japan is the fastest-growing one. It is a very promising market for cranberries in general.

The Japanese consumer has become increasingly aware of the health benefits of American berries, starting several years ago with blueberries and in early 2000 discovering cranberries.

With experience in producing and exporting cranberry wine for the Japanese market for the last 6 years, I can certainly attest of the good potential for this very interesting wine. It is not a very easy wine to make but when well made, it is certainly a hit. Especially in markets such as Japan where wines are often purchased for their health properties as much as their taste.

I invite anyone who has the chance to try some cranberry wine to take it. You are sure to enjoy it. A 160 Million Japanese can’t be wrong!

One thought to “In Japan, the Cranberry is king…”