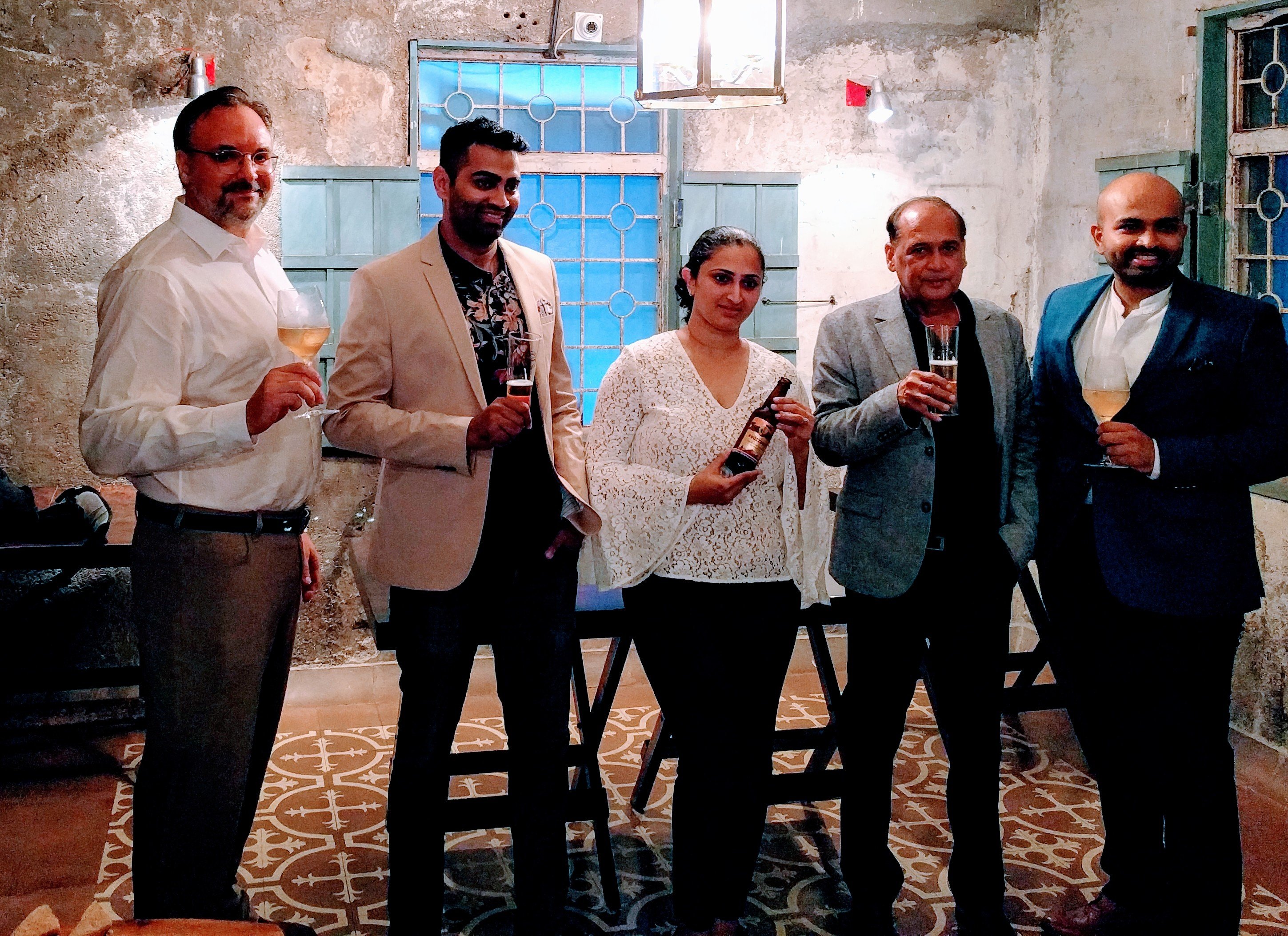 Started by the husband and wife duo, Priyanka Save & Nagesh Pai, Fruzzante is the latest fruit wine and this one already has a ‘first’ to their name with it being the first chikoo wine in the world.

“It’s the first ever wine made from chikoo and the aim was to give chikoo a much needed glam quotient to revamp its place in the fruit industry,” says Priyanka.

Having grown up in the Chikoo orchards of Dahanu- Gholvad, Maharashtra; Priyanka always wanted to explore the potential of her farm-grown fruits and give them their due recognition. They were available in plenty all year round but most of the dried chikoo products failed to attract customers. Also it was difficult to package the juice and commercially process the fruits. That was when, Nagesh came up with the idea of chikoo wines.

The high pH and  fast perishing time of chikoo proved quite a challenge early in the game. Nagesh realised that the chikoo winery he designed will have to be built to address these problems. “Despite being a mechanical engineer, with years of experience in building structures with pipes and ducts, it was still remarkably difficult to come up with a plan that adequately fit our unique requirements,” says Nagesh.

Priyanka and Nagesh pursued various avenues, till their search led them to Dominic Rivard – an award winning winemaker in Nova Scotia, Cananda involved in wine production throughout the world and it was he, who cracked the science to chikoo wine making. He brought to Fruzzante his 20 years of wine making-expertise.

Ajit Balgi from The Happy High – a wine and spirit consulting company will be the official brand ambassador for Fruzzante. Ajit is a leading beverage expert in India, who educates consumers and professionals on the finer points of wine and whiskey tasting and now fruit wines. “I have been approached by some other fruit wine makers in the past to help them in their tastings but their product didn’t make the cut for me. I am glad I found Fruzzante and look forward to unleash some Indian flavours into the practically non-existent fruit wine industry,” says Ajit.

Priyanka says that it was possible only because of the tireless effort the Fruzzante team put behind it – from conception, to trials and finally commercialisation. “It was not easy, I applied for a license in 2011 and got it in 2016, the wait tested our patience” adds Priyanka. Shrikant Save (her father) has made space for the winery at the Hill Zill Resort running since 1991 in Dahanu.

As Dominic says “Fruit wine is made in the orchards”. The resident wine maker Vikas Pujari, selects the chikoos by a variety of stringent quality checks, to ensure the superior flavour and standard of Fruzzante.