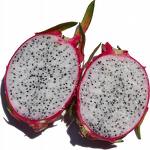 VIGAN CITY, PHILLIPINES — The city government formally launched the massive planting of dragon fruit with the distribution of 3,000 cuttings of the plant to farmer leaders on Monday.

City Mayor Eva Marie Singson–Medina spearheaded the distribution of cuttings to 28 of the 39 barangays in the city in a simple ceremony in front of city hall.

Medina expressed optimism that the planting of dragon fruit is expected to open the door for another job opportunity and income generating activity for the farmers in the city.

The 28 recipient barangays were considered, being farming communities where most of their residents depend mostly on agriculture.

“The dragon fruit-bearing plant is easy to grow but it could give long–term benefits to the farmers as this is a perennial plant that can thrive for 50 years,” she said.

This means that harvest time for the farmers will be made continuously for 50 years, Medina said.

She said dragon fruit is the main ingredient in the processing of one of the most expensive wines in the world, “the dragon fruit wine.”

City Agriculturist Cecilio Acena said that the initial recipients of the project were the 25 presidents of the existing city’s farmers associations.

“Each recipient received 100 cuttings. The cuttings were purchased by the city government at P200 per piece,” Acena said.

While the city government provided the planting materials, the farmers’ equities for the project are the land, labor, organic fertilizer and care and maintenance.

“The dragon fruit will grow excellently in the city as the plant can best grow in the sandy loam soil, which this is the soil structure here,” Acena said.

According to him, the plant will bear fruits eight to 12 months after planting.

Acena sid that the marketing of dragon fruit is not a problem due to its high demand even though it costs high.