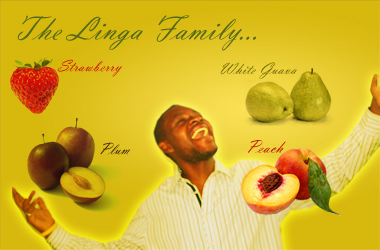 Here is a very interesting “feel good” article written by Moses Michael-Phiri of the Malawi Nation newspaper. Fruit wines are being made and enjoyed throughout the world and malawi is no exception. I do hope one day to have the chance to try them. They sound delicious. More information on Malawi wines here: Linga Wines Enjoy!

Dr Timothy Ngwira and his wife Margaret are trying to do with Malawian fruits what the Southern Liquor Company of South Africa has done with the fruit of the marula tree.

Only that unlike the South African company, they are making, not a single liqueur cream, but an assortment of fruit wines from chidede, bwemba, jambula, mulberry, strawberry, white peach, plum and white guava. The Ngwiras are marketing their products under the trade name Linga Country Wine, which they are making from their home-based winery in Area 2, Lilongwe.

The wines take their name from Linga, a village near Nguluyanawambe at the foot of Kasungu mountain where Dr Ngwira’s mother’s comes from. But the name was also chosen for its symbolic significance. Linga is “fortress” in Chichewa, what the French would call—a chateau. In a sense, the Ngwiras are toying with the idea of making indigenous fruit wines with the same level of sophistication as Chateau Haut-Brion Blanc, an aristocrat among dry white French wines.

But Dr Ngwira, managing partner of Linga Country Wines, is not a winemaker by trade. He is a biochemist who has taught food technology for 42 years and still does at Bunda College of Agriculture. His wife and business partner, Margaret, is a professional librarian who has since retired. She looks after distribution and marketing while he oversees production and quality assurance.

How it all began

So how did they find themselves dabbling in the esoteric science of wine making?

Actually, it is thanks to Tom Colvin, a missionary who came to Malawi as an engineer in the 1950s and earned a small reputation for making Rosella wine for Holy Communion.

Explains Dr Ngwira: “I’d just completed my PhD in Canada in 1978 and was due home, but Rev Colvin, who was about to retire, asked my wife and I to stop over in London so that he could teach me how to make wine so that I would be able to carry on making communion wine.

“He also gave me some books and helped with the technology transfer, and that’s how it all started, but it was on very small scale and I did it more as a hobby.”

From that time until 1996, when they left for Namibia, wine making was just a hobby, something the soft-spoken biochemist tinkered around with in his spare time. Whatever they made, they gave away free of charge to family friends and people they knew.

But going to Namibia was a turning point for the home winery in a number of ways. Being employed by the University of Namibia to teach food science and technology and to set up a faculty of agriculture and natural resources, gave him an opportunity to break new ground. It also gave him the chance to publish a couple of books on indigenous fruit wines.

It did not end there.

It took a paper Dr Ngwira presented in 1996 at a conference in Nairobi on indigenous fruit wines to reveal the commercial potential of the enterprise.

“The paper was widely quoted by the Food and Agricultural Organisation (FAO) of the UN and was widely publicised back home in Malawi. All of a sudden, Malawians who hadn’t known about this wanted to partner with us,” he said.

On their return to Malawi from Namibia in 2002, the Ngwiras thought long and hard about going into wine making as a commercial enterprise. They registered a company in 2006 and went about getting the necessary licenses from the Lilongwe City Council and the Malawi Bureau of Standards.

And the rest, as they say, is history. But the road has not been an easy one, as Mrs Ngwira explains, “Capitalisation for the winery has come from our salaries and the business is still a long way from being financially viable. We don’t want to get a loan because that would mean we could lose our home. While we would love to do TV jingles and things like that to market the wines we make, we just don’t have the capacity to do it. The opportunity cost is definite decision. We are better off growing organically according to what we can afford.”

When it comes to the main raw material for Linga Country Wines, Malawi is abundantly blessed with fresh fruit all year round. This means that production does not stop, but merely responds to the rhythm of the seasons.

The Ngwiras use whatever fruit is in season to make their wines. For instance, between December and January, they are able to get jambula from Lilongwe and Salima. White guava comes into season from February to March and is sourced from Bunda and Mitundu areas.

From May to July, the Ngwiras get the fruits that go into making their flagship wine—chidede (or rosella). They get the fruits from Kasungu, Mponela, Bunda and Mitundu. They get strawberries from Guzani and Chalendwa in August and September.

From the tamarind tree, they get bwemba as the fruit is locally known. Bwemba is in season in October as it is abundantly found in Mangochi. The mulberries they use come from the Zomba Plateau between October and November, with white peaches and plums coming into season in November and December; these come from Mlanda and Lizulu and are supplied by a Kafere family.

From this assortment of indigenous and exotic fruits, the Ngwiras can make enough wine to fill a million bottles from Linga winery, which compromises two annexes they have built within the confines of the family home. Every bottle of Linga is fermented for at least 12 months, with the alcohol content ranging from 14 to 16 percent. From these volumes, the Ngwiras could even begin to export, albeit on a modest scale.

Not an easy journey

However, the challenges they face are proving to be a bridge too far. For instance, there are 20 components that go into making Linga wine. Half of these have to be imported.

Says Dr Ngwira: “It is a constant struggle to get foreign currency allocations to import wine bottles from Johannesburg, wine yeast and nutrients from Anchor Yeasts in Cape Town as well as corks and shrink tops from the UK.”

His wife Margaret adds that from time to time, when she gets to travel abroad, she picks up some corks and other packaging materials and brings them in. She said having someone courier these materials costs twice as much as much as they spend on the goods themselves.

“Even when we have tried to use our local foreign currency account, we still have to get permission from the Reserve Bank, which doesn’t make sense,” she said.

Mrs Ngwira said they had to pay $4 000 just to freight 4 000 bottles. And when the bottles finally arrived, Malawi Revenue Authority (MRA) slapped K250 000 ($1 497) duty on them.
All in all, Linga Country Wines has to pay five times the cost of the cork the company uses in the packaging of its wines, which is a heavy price to bear for a family partnership running on a salary-based investment.

So whereas the opportunities to exploit the commercial potential of wine making is there, the Ngwiras feel constrained by systemic factors. They hope Linga Country Wines’ membership of the Malawi Confederation of Chambers of Commerce and Industry (MCCCI) could help them overcome these obstacles.

3 thoughts to “Malawi Fruit Wines in the Works”