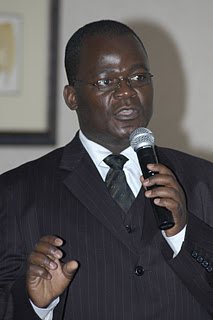 Tim and Margaret, owners of Linga Fine Foods and Winery in Malawi has an interesting business. They certainly enjoy what they do and the fruits of their labour are starting to pay off. But it has not and is not always smooth sailing….

Starting and operating a fruit winery anywhere in the world can be a chalenge and production, marketing and often bureaucratic obstacles are the norm. Overcoming them and putting a great tasting fruit wine on the market is the goal.

Here is the second instalment of the story of a fruit winery in Malawi, Africa.

Read on below the article written by MOSES MICHAEL-PHIRI of the Malawi Nation and take heart that these obstacles can always be overcome with the right amount of patience, determination and obvious passion in what you want to do.

Making a proudly Malawian wine from local fruits is something that Dr and Mrs Ngwira of Malawi’s capital, Lilongwe, are committed to. However, they face a number of systematic challenges. Moses Michael-Phiri explores these challenges in the second part of the series.

Malawi Chamber of Commerce and Industry (MCCCI) chief executive officer, Chancellor Kaferapanjira (pictures above) admits that systemic obstacles are affecting businesses across the board, but hitting cottage industries such as Linga Country Wine the hardest.

“In many ways, the business community is suffering due to the unavailability of foreign exchange. Government should review the exchange rate policy to release a lot of foreign currency onto the market. Because of the difficulties of getting hard currency, foreign suppliers are demanding upfront payment before they supply raw materials used in production,” he said.

Kaferapanjira said as a result of the dire foreign currency situation in Malawi, many local companies are unable to meet their production targets as they cannot get imported raw materials they require.

“It is likely that this situation will slow down economic growth significantly,” he said.

Despite these challenges, the chamber’s president, Matthews Chikankheni, insists there is hope.

The chamber says it has been working with small and medium enterprises and engaging with government to overcome some of the challenges they face.

“We have been lobbying government on a number of issues such as forex shortage and opening up markets which do affect the entire SME group. We have a strong belief that if these industries are to grow, they need our support,” Chikankheni indicated.

Chikankheni says MCCCI has been engaging with financial institutions to provide financing and capital to such SMEs as one way to ease some hardships the small industries face.

“For the industries to strive, they need a good environment. MCCCI is working hard to engage relevant authorities that the environment for doing business in Malawi is better,” he adds.

Certification of the processed products is another constraint to marketing of the fruit products produced by the cottage industries.

The Malawi Bureau of Standards (MBS) is the authorised body to certify commodities at the national level and very few of the cottage industries’ products have been certified by the MBS. Uncertified products cannot find their way into chain stores.

Ngwira says all Linga Wine Company products are MBS certified. However, MBS is not internationally accredited as a certifying body. This limits the scope that Malawian produced fruit products can find their way to international markets.

But adding value to local fruits can contribute significantly to the Gross Domestic Product (GDP), a recent report has revealed. The report, published by the International Institute of Tropical Agriculture and the Horticultural Research and Development Network for Southern Africa on 5 December 2011, implored governments in the region to exploit the commercial value of local fruits.

“If marketing of these commodities is enhanced, they can contribute greatly to economic growth, especially among households in rural areas,” the report reads in part.
As things stand, Malawi is the world’s 43rd highest producer of bananas, with an average production of 93 000 metric tonnes per annum.

Statistics from the Ministry of Finance and Economic Planning (MEPD) indicate that on average, the horticulture sector contributes about 22 percent to the national Gross Domestic Product (GDP) and about 58 percent within the agricultural sector.

Because of unavailability of sufficient information, data on fruits is simply lumped with other vegetables. However, NSO puts national fruit production at an estimate of over 200 000 metric tonnes per year.

Unfortunately, most of these fruits undergo post-harvest losses accounting to over 70 percent due to fruit perishability, poor marketing and lack of improved post harvest processing techniques strategic to product development for value-addition to fruits.

However, there is strong potential on the export market for indigenous fruit extracts too, bolstered by trends favouring organic and natural products. Apart from food products, fruits that can be used as ingredients for food flavourings or cosmetics are also beginning to attract more attention.

For example, Chris Dohse, is director of Tree Crops, a company that produces extracts from Malawian fruits, particularly the pulp and seeds.

Lately, his focus has been on baobab fruit. Its pulp has a market in South Africa as a plant extract for food flavouring. Baobab seed oil is particularly suitable for cosmetic products such as body creams because of its epidermis softening and restructuring properties.
PhytoTrade, the total market for indigenous fruit products (in southern African countries) is $3.4 billion. Baobab represents a market of $961 million worldwide.

Fruit extracts present an intriguing export opportunity because smallholder handling of the fruit is not a large issue. Seed extraction is relatively straightforward, and the oil can be stored much longer than fresh fruit. Pulp extraction would depend on the fruit.

The opportunities that Malawi’s horticultural wealth provides are yet to be fully exploited, agrees Dr. Ngwira. To show just how lowly local fruits rank in the agricultural scheme of things, he recounts a personal experience.

“A few years ago, we asked our son to get us some chidede from Mponela where he was based. He sent some workers to the eastern side of the area to see if they could buy some from the villagers. But the villagers were not interested. They said ‘chidede is a fruit that grows on its own; it is not something that we harvest,” he said.

The workers then went to the western side of the area and found villagers who were willing to go into the bush to harvest the fruit. By the time they were done harvesting, they had K50 000 ($299) worth of fruit. When word round that there were people willing to buy wild fruits for that much money, chidede suddenly became valuable, Dr. Ngwira said, with villagers who had once looked down on it scrambled to become suppliers.

He says local fruits could easily take the place of tobacco as a major income earner for the country, as more villagers begin to appreciate their value as cash crops.

“In Mponela, the villagers marvelled at the money they made from chidede. They said, we haven’t worked for this fruit, yet it is paying us more than tobacco has in recent times,” he said.

But chidede is not the only indigenous wild fruit whose commercial potential is yet to be fully exploited. Masuku is another fruit of the wild which could easily become a cash crop. For 85 percent of Malawians who live in rural areas, masuku is a high-priority fruit, but only during the dry spell that follows the rainy season when many peasant households face food shortages.

According to Marcel Chimwala, a local environmental journalist, rural families resort to eating masuku in the lean months after the rains. But beyond being a stop-gap fruit in times of hunger, masuku can be used to make a non-alcoholic beverage as well as some intoxicating drinks such askachasu and a local beer called ukana.

In Malawi, the first known country wine to be made commercially was produced from masuku in the 1980s. It was the handiwork of late Mrs. Nyandovi Kerr who made it from Mulunguzi Winery in Zomba. However, production stopped by the end of the 1980s and has never resumed.

To date, apart from the country wines being produced commercially or semi-commercially from Linga Winery, there is virtually nothing else on the market. Visitors flying out of Malawi from Kamuzu International Airport could, for instance, buy Linga wines from the Flamingo duty-free shop and from a few outlets in Lilongwe such as Bowers at the Old Town Mall and in Mzuzu and Zomba, but sales have not been as good as they can be.