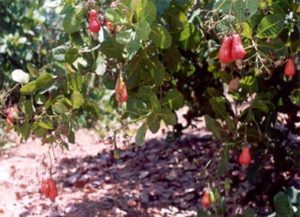 I writing this from India where I spent the last few days visiting many grape wineries and spoken to people interested in fruit wines at a wine tradeshow in Mumbai now being held here. Very interesting times in the India wine industry right now….

I must say that a fruit wine would match Indian cuisine a lot more than most dry grape wines and with a growing middle class that is starting to find out about a wine culture and opening their minds to new products, India can prove to be a fruit wine power house in the near future.

The wine sector in the state of Maharashtra may soon start producing quality wine from an array of commonly grown fruits. In a couple of years, you may find wine made from mango, banana, cashew apple, Indian blueberry and blackberry according to a report.

At a time when the 58 grape wineries in north and western Maharashtra are in crisis due to a fall in demand, with wineries dishonouring contracts with grapegrowers comes the news that the Balasaheb Sawant Konkan Krishi Vidyapeeth (agricultural university), Dapoli (Ratnagiri) in the state claims to have successfully processed wine from cashew apples, mangoes, blueberries and blackberries and are targetting commercial production.

Dr Vijay Mehta, vice-chancellor of Dapoli Agriculture University, said processing would help curb the phenomenal crop wastage currently. Around 95% of the 600,000 tons cashew apples, 700,000 tons blueberry and tonnes of mangoes go to waste unprocessed annually, he said according to a report in DNA.

A team of agricultural scientists, horticulturists and processors worked for the last few years in Dapoli University to standardize the wine extraction technology. The university has a small 80-liter winery at Dapoli, and claims that the wine tasters have given their approval for the commercial launch of the new varieties.

“A lot of top wineries and brands are evincing interest in our products but we cannot transfer the technology yet,” Mehta reportedly said. “We’ve to make sure all varieties of wine stand up to the stabilization tests.”

Dapoli University scientists, who are in the process of patenting their products, say wine from cashew apple, blueberry and mangoes are better in anti-oxidants and nutritional value. More importantly, they claim these wines will be cheaper; a claim yet to be verified as they appear to be comparing the prices to premium wines from Maharashtra costing upwards of Rs. 400 and not the low end wines available or soon to be available in the Rs. 150-250 range. Growing popularity of wine in the country has encouraged many Indian entrepreneurs to try their hand at making fruit wine. Himachal Pradesh is known to have successfully harnessed the technology and apple wine has been popular in the state for around 15 years.

What marks a shift in wine sector today is the processing from a wide array of fruits. In Jalgaon, local MP Haribhau Jawale last month launched a banana winery at Piprud in Yawal tehsil, which is expected to go full steam in four months. A company in the state of Goa is also planning wine production from the Cashew apple, passion fruit and other locally available fruits. Two farmers from Katol in Nagpur district have also succeeded in making wine from oranges (branded as Mandarin Magic). But given the abysmal production of the fruit and the absence of a market survey, it is yet to become a commercial reality.

However with the willingness to experiment and the open mindedness of the Indian people, commercially made fruit wines are bound to be available very soon.